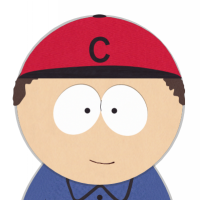 Windows failed to start because a required driver is missing or corrupt: vmbus.sys

Upgrading Server 2003 to 2008, with Hyper-V Integration Services installed, results in this boot failure after a few hours :-/

In hindsight, you should remove integration services first.

Without the benefit of hindsight:

After the upgrade finishes, you will probably have no networking, no mouse, and other issues.

You should try (sans-mouse) to switch the HAL from ACPI to APIC (as per here)*. Upon reboot, the vmbus issue may return (did it re-install itself?), and so have to repeat the above procedure.
Once the system has booted up with an APIC HAL, you can try to re-install Integration Services properly.

(*incidently, I am all done now – the system is working just fine. I had to re-install the integration services, but device manager still shows an ACPI HAL for me. This is x86 Server 2008 (upgraded from 2003). A very temporary measure).

Hint: if the special function keys (start menu, ctrl-esc, alt-tab, etc), are not passing through to the guest: Ctrl-Alt-End will get you to task manager, from there Alt-F -> Run, cmd to open up a command prompt, from the command prompt: taskkill /im taskmgr.exe so that you can get rid of the always-on-top taskmgr that’s in the way, then do your stuff. sysdm.cpl for system properties/device manager, etc.

(you can do above before clicking ‘Restart’ and the end of NRnR).

(UKFast FastDrive is Citrix ShareFile rebranded and using a StorageZone at the UKFast datacentre.)

Frustrating is the word. It’s not a good start when even the basics are totally wrong and broken 🙁

Some other general ShareFile and SFMT problems:

So, you try plan b – some sort of File sync utility to the ShareFile mapped drive. This appears to complete, but nope, there’s 10 gigs of stuff still missing in ShareFile!

Further to this, the ShareFile Drive Mapper allows you to specify (via Group Policy) an AccountSubdirectory. You can set this to your main root SF Shared folder, e.g. ‘Data’. You would then think that the mapped drive would show the contents of this folder, but nope – even though the Drive itself shows with the label ‘Data’, when you click into it, you are shown a folder called ‘Data’. So it is showing the shared folder within the shared folder. It’s basically completely stupid and useless.

The only way around this I have found is to make the MountLocation something like %userprofile%\ShareFile , and run subst X: %userprofile%\ShareFile\Data in everybody’s login script.
In fact – it’s not even as simple as that (subst in the login script is a no-go). Instead, the login script must copy a script (e.g. sharefile.cmd) to “%appdata%\microsoft\windows\start menu\programs\startup”. This will then cause Windows Explorer to run the subst command in the correct user context.

None of this should be necessary – it’s pretty poor all round really. We’ll see how the go-live goes on Monday.

Update: The rollout was eventful and a followup to this post is forthcoming!

notes to self in case I forget: DriveMapper confirmed as a total fail by about midday of day-two. New files not appearing even 45 mins after creation by colleagues, even though saved ~20 plus times by the creator (as per version history in ShareFile web GUI – so we know the saves are making it up to the cloud, but the change notification to other clients is either broken or (could it even be? would they dare???) simply does not exist). Confirmed not caused by subst workaround. Users can’t create new folders because explorer’s default/initial temporary new folder name of ‘New Folder’ already existed, but wasn’t showing so explorer tried to create same folder as already-existing, instead of its usual trick of making a ‘New Folder (2)’. This resulted in an Access Denied error that made no sense. Citrix Files Beta (which isn’t even available to this customer but I happened to find it via a random popup at another customer) seems to: resolve the issue around mapping to a shared folder (no subst needed any more), and also in my testing seems to show up new creates/saves/deletes from one PC to another in near real-time (couple of seconds).. Should I be having to install beta software to make this thing work though? DriveMapper uninstall on win10 leaves behind explorer namespace, had to create a [-HKCU blah] reg file to delete it en masse, as well as undo all my previous logon script / subst work. Must also rant about the need to use Group Policy to customise anything worthwhile. The whole point of this is to become serverless/decentralised, yet I need to import the policy definitions, make policies (which I can’t do on server 2008 because the templates aren’t compatible with the group policy editor, so I have to install remote server admin tools onto a workstation), and *then* (sheesh) I can export the policy from the registry, to import onto non-domain-joined PCs, just so that Citrix Files Beta will mount ‘Shared Folders\Data’ to the letter T:
F.U.C.K.  .M.E.

In my search for a nice display with housing for my datalogger project, I came across the Autool X50 and X60 OBD2 gauge / code reader gadget (pod and gauge style respectively).

I bought them, in the hope that there might be something usable inside – a recognisable display panel or controller or something. I’m not interested in the OBD or automotive aspects of these devices, because I have already built a separate, more rugged ECU datalogger. I just wanted a display, but what I really wanted, was a display inside a gauge. I’ve only been able to get my hands on the X50 so far. The X60 gauge style version is on its way from China.

What I found inside was a GigaDevices GD32F103RBT6, 2MB flash eeprom, an LM393 for K/L line, an NXP CAN bus transceiver, and with the help of the guys on the stm32duino.com forums, the TFT panel and its controller were identified.

After some experimentation, the key components are all working with stm32duino.

The discussion thread is here.

and here’s a happy picture. The MCU is clocked at 128MHz here, which increases the SPI clock from the default 18MHz to the 32MHz that you can see here.

Another month, another half day wasted on Sage problems. I’ve had this problem at a few sites, mostly accountancy practices, some of which use ADM / Client Account Manager and multiple versions of Sage Accounts.

The fix was to find SDBDesktopUpdateInstaller.msi in %temp%\SageAccounts\Q3Update. Right-click -> Uninstall, and then Right-click -> Install.
You may need to install the v22 ‘May Improvements’ before this works. YMMV. I’ve had enough of Sage. I now advise my customers to move away as soon as possible. Report designer problems, updates not updating, emails not emailing, data service screwing up both file servers and end user machines by backing-up gigabytes of user profile data instead of just Sage data at 5pm every night, and now to top it off, Sage 50 Data Service isn’t even compatible with / supported on Small Business or Essentials servers. What market are they targeting exactly? Don’t forget Sage isn’t compatible with / supported on Office 365 either (a.k.a. you will be fobbed off and on your own when report designer emails break again). I look forward to the day Sage are a dead and buried legacy.

FYI last month a huge amount of time was spent on a Report Designer issue with Accounts v23. It appeared that the Data Source was locked to ‘SageLine50v13’, as the reports failed to run, citing that data source as being missing, and it was not possible to change the data source from SageLine50v13 in any reports either (the dialog box’s Save Changes button was not clickable). I told the customer that it looked like they might have restored reports from a v13 client which needed updating, or maybe to set the reports path to local rather than data files location. That didn’t work, so I advised they make use of their Sage Cover support contract, since I only charge this client £100 per month for mostly-everything IT service and support. Sage advised the client that the computer was corrupt and needed a full re-format and reinstall. Given that it was a new computer a few weeks earlier and had Sage installed from a new v24 ADM disk, I disputed this, but was nonetheless left to try to work it out. After 6 – 8 hours of pissing about, I happened upon this Sage article. I had searched for the term SageLine50v13 a week earlier and found nothing, so who knows when this article was published?

My advice to Sage users is that it’s expensive to support, and utterly wank. There are thankfully many alternatives available now. Xero works for me.

The two biggest mistakes Sage ever made in my opinion, apart from getting involved in ACT!, were to introduce the Sage Business Desktop / SBD central-launcher/common-platform/whatever-the-fuck-it-is thing, and the SData service and its follow-ups. Neither of these things have been beneficial to the end user. Both of them have had a gigantic net-negative impact.

using putty on the terminal.

I had tested a similar directory tree on a Server 2016 machine and it was rapido. I simply used xcopy to copy the directory structure without the contents, and used this to test.

Well the upgrade isn’t happening (component based servicing mess. This machine has had hundreds of updates on it since 2009.. nearly 9 years of updates have to be jigged about just so that Terminal Services Gateway role can be removed to allow the upgrade to Server 2012, and it’s just not happening.)

Anyway! I found out what was wrong. This is a little obscure.
About 900 folders in there had the +s attribute set! (System).

The quick clue was that ‘dir’ from a command prompt only listed about half the folders that were known to be in there.

I believe this was something I was asked to do ages ago, so that the company could make use of the ‘Comment’ field in windows explorer for folders. So I made a setComment script that tied into the explorer context menu, and read a message from you, then stored it in a Desktop.ini within the folder, and set the folder +S. It never got used because Explorer was flaky about displaying the comments.
The +S attribute makes Windows Explorer look into each folder for a Desktop.ini and process it.

So, my fix was as simple as:

(in the folder with all the subfolders).

Not quite logging to SD in this code.. that part is in there but is not in use. Still working on KWP2000 & Zeitronix. Zeitronix bit is done and working well.

Here’s the Arduino / C++ code for capturing the Zeitronix stuff. I’m not bothering with the 3 byte start sequence in the output

It’s all in the docs, but it sure does help to write it out..
This is the first byte, the Fmt byte. Use it to know how much data there is to capture.

Length = service id bytes (included) to checksum (not included)
Checksum = All bytes except the checksum itself, sum, mod 256.

edit: since writing the above, I have come to understand bitwise operations. Hey, I’m new to this programming stuff! I’ll re-write it soon. Rather than ‘subtract xx’, it makes more sense to deal with it as a series of bits and use bitwise & operators on it. e.g. bitwise & 0x3f for example would tell us if the two most-significant bits were set.. (0x3f being 00111111.. bitwise & 0x3f with 11xxxxx (x being anything) would return all 1s i.e. TRUE).

Code for https://youtu.be/b3TxFYFKEt0
This is CircuitPython. I have since re-written it in Arduino Wire (C++), and am now working on the KLine KWP2000 element of the project.

Yet another I.T. person.